I might just be giving my age away here when I say that I am feeling rather nostalgic laying here, listening to The Beat’s ‘Hands off…She’s Mine’, I was a very young chap when the 80’s Ska revival took place! You can’t but tap your foot to such a cool genre of music.

Tara and Aaliyah are on the opposite sofa watching something on Daddy’s iPad and Thor, Amritsar and Caleb are playing mobile toy car speed track on Thor’s ride around buggy that they only just remembered had the concealed race track within it, thanks to me reminding them that is!

They were playing nicely in the entrance hall, they have now moved into the living room. Lots of debate with who goes next and where they are going to position themselves next. At present they are beneath the piano, ‘be careful, mind your heads’ I say remembering many minor bumps over the years!

‘Best Friend’ a classic track used in the sound tracks of many a movie has just come on! Did I say that I am feeling nostalgic. They are all running around the coffee table now. I love it when they ‘play nicely’ together. You would never know that 30 minutes ago both Thor and Caleb were fighting. 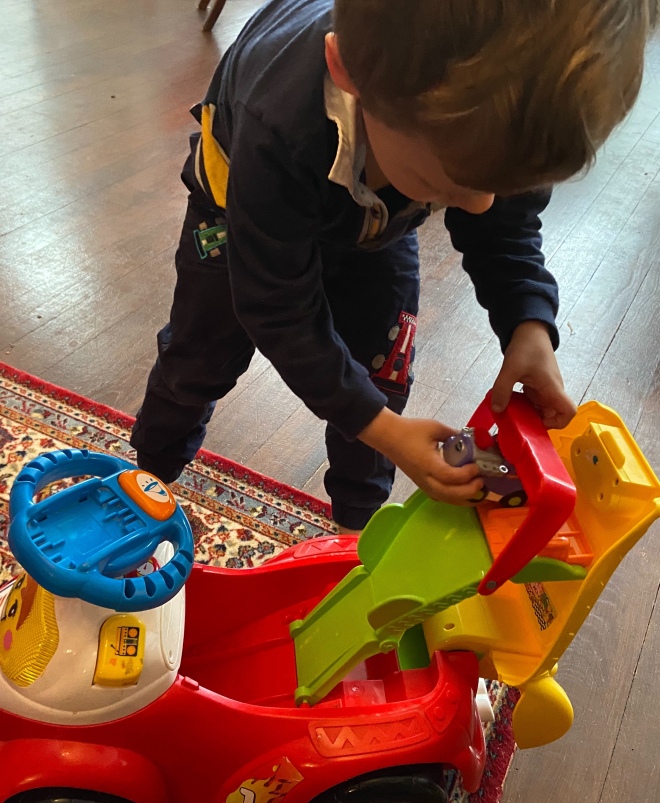 Oops, the harmony has momentarily lapsed and Amritsar has started screaming that Thor isn’t letting her play.

The Zen of young children seldom lasts too long. But then again, there’s always something else to move on to!

‘Save it for later’ just came on. These guys (The Beat) really do deserve a little credit – Respect! And maybe our crew too for playing so nicely ‘Hands off…It’s Mine’! Oh dear…

8 thoughts on “A Little Mayhem Before Bedtime”