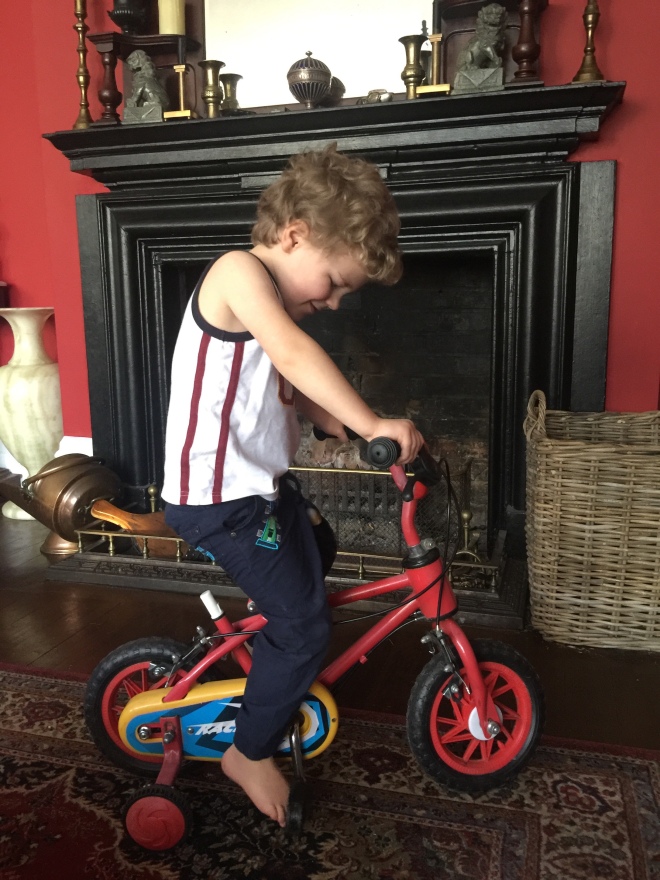 Yesterday’s day off from the diet was supposed to lead to a dessert at the restaurant, However we ditched dessert and rushed home to wait for Brexit! Well, it’s happened. As a nation we can only wait and see. Enough of the politics! The truth is that John and I were holidaying in County Wexford in Ireland at the time of the referendum, so we couldn’t vote as we were not here!

So, back to family life! One last thought though – I am sure that the future of our children has been shaped significantly into something different for the fact of being outside of the ‘European Block’. Again, we can only wait and see can’t we?

The children were all out cycling earlier today, And Thor has just been gifted Tara’s old red bike due to her and Bitzy’s upgrades at Christmas. Aaliyah has shown no interest in cycling however! So we will have to wait for Caleb to grow a little before he inherits Amritsar’s old bike. Aaliyah also told us this week that she has no plan to continue with her gymnastics class. It is a real shame as she had a lot of natural talent. Maybe we will see if she misses it and will possibly reconsider it in a year or two.

Back to the bicycles as ‘All Change’ a moment ago, as we have just had some screamies and tears from Thor as I suggested he might want the blue, bigger bike! I think that he is on side now. Caleb is thrilled and is presently riding around the coffee table on Tara’s old red bike. Thor has gone to the kitchen to wipe away the tears and blow the stream of snot from his nose! Did I say? Caleb is a Very Happy Boy!

4 thoughts on “Caleb is a Very Happy Boy”