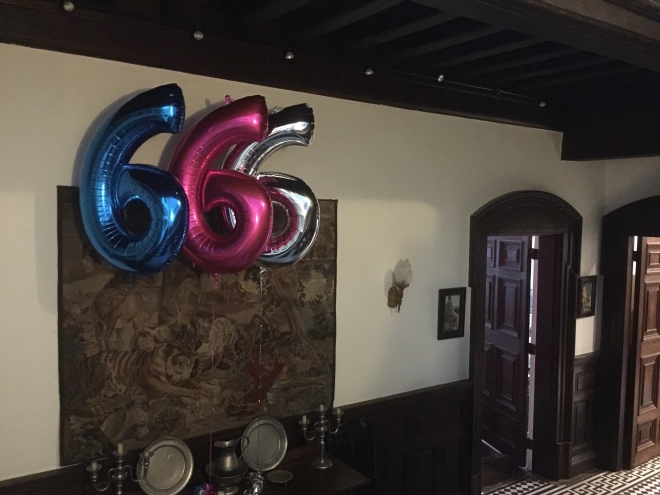 It is 9.30pm and the children have only just settled. Largely because I yet again had to play ‘Bad Cop’. John, just in from work one hour now and still glued to his iPad replying to his daily emails. I put the children’s ballistic goings on down to the excitement of tomorrow’s big celebration of the girls (and Pips) ‘Official Party’. It’s been a couple of days since my last diary entry and to be honest, we are still all in party mode. How did the magnate of this phenomena come to be? In my day we had a birthday, invited a few friends on the day itself or maybe the closest weekend, we were given a few crappy gifts, danced to pop music, played ‘Pass the Parcel’ and that was that. Anyhow, the second big cake ‘Bake Off’ happened this afternoon with a triple tier chocolate cake, internally moistened with Dadda’s home made strawlime berry jam and frosted externally with home made ganache. I even made homemade white chocolate pyramids to adorn the top! Bloody hell, how times have changed. Renting a hunting lodge, hiring an entertainer, catering for 40 adults to luncheon for under a tenner (that was my cost saving initiative, it can be done) and picnic lunch boxes for the mass of children. It seems that all of us parents have to participate in this frivolity when it comes to the ‘Special Day’ that it’s a birthday party for our child or in the case of twins, children. Moving on, Sindy and sister Sally are coming in to make up the lunchboxes at 9am tomorrow and Pips mum Thea is joining them at 11am to dress the venue with a multitude of animal related decor and an explosion of balloons. I had the biggest surprise when Sindy arrived back this afternoon clenching a handful of helium filled number balloons. Please reference the picture above. And NO, we have not invited the Anti Christ. The cake pic will be showcased tomorrow once the pyramids have embellished the cake, as will any comments on the official 6th birthday party of Amritsar, Pip and Tara. Happy Days boys and girls! Did I say I spent numerous hours preparing vegan curries for under a tenner – it’s just as well I no longer put an hourly, monetary rate on my time invested in the things I do. I would sorely be disenchanted, wouldn’t I? Welcome to parenthood. Oh – the 45 hand wrapped, personally printed ‘thank you’ chocolate bars look well, wouldn’t you say? 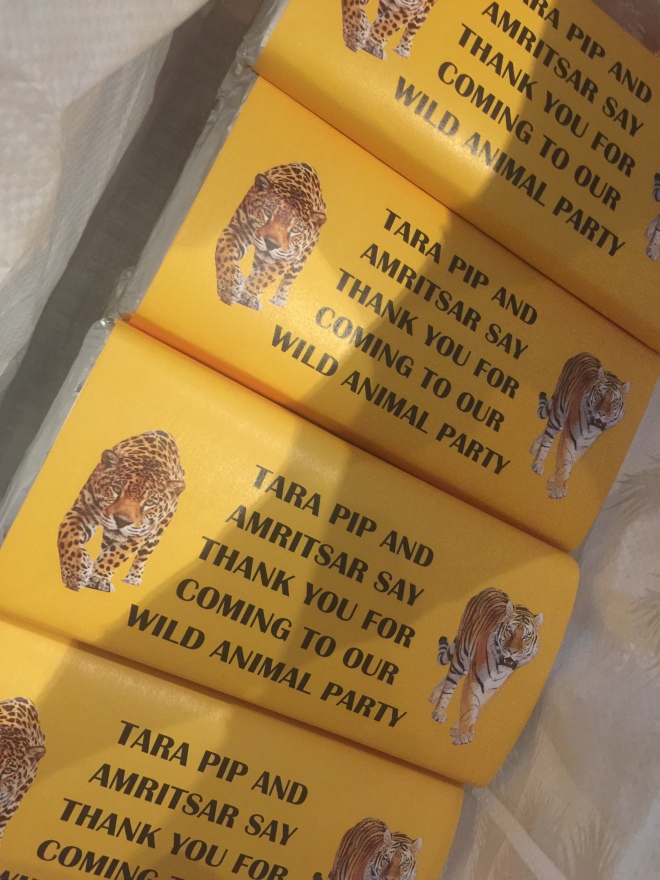